For our last ProductCamp in September 2013, our registration rate wildly surpassed our goals. We first allowed 200 registrations, then added another 40 spots after we ‘sold out’ after 2 weeks. We had a waitlist of 200 in total, 16 of whom ended up getting tickets.

However, only 158 people showed up.

Don’t get us wrong, 158 was still an awesome attendance, some really cool and motivated people showed up, we had amazing sessions and it overall didn’t affect the quality of the day.

The problem is that that level of no-shows does impact planning to a large extent:

Hang on though. For any free event you must expect *some* level of no-shows?

Of course, it is a variable that every Barcamp or ProductCamp must manage. But had we known in advance our attrition level would be that high we would have admitted 400 people, in order to get 200 people to show up.

We want to discourage registration that leads to no-shows

We are realistic. Things will still come up on the Saturday morning of ProductCamp. Sick kids, work emergencies and hangovers are unavoidable.  And we know that a 10 € registration fee is not likely to change much. However, what we do hope is that:

We believe that ProductCamps should be not-for-profit. ProductCamp Berlin 2014 is still organised by volunteers and will still be funded by our wonderful sponsors.  However we do also understand that for regular campers, paying when registering is going to feel a little strange. We wrestled this decision and even consulted other chapters, some of whom had subsequently discussed, and rejected, the idea of a fee. In the end though, we decided in favour, and created the following commitment:

All registration fees will be donated to charity

So what about the unclaimed cash? It goes to charity. And you get to choose which charity, well one of you at least. We will hold a draw at the after-party – the camper who wins gets to donate the money to a charity of their choice.

What do YOU think?

We asked the attendees of 2013 at our closing session what they thought about the problem, and people were in favour of the idea of a small registration fee.
But please give us your feedback. Contact us here. 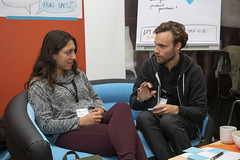 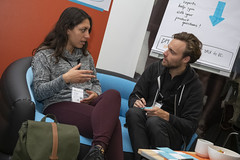 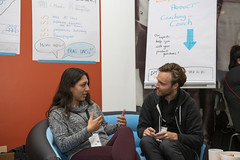 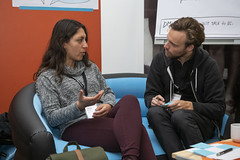 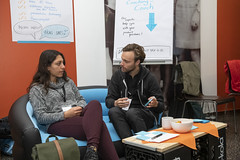